After AJ Wilcox began advertising on LinkedIn in 2011, he quickly discovered its powerful potential for business to business (B2B) advertisers. AJ was so passionate about the results he was seeing, he left his job to start B2Linked in 2014.

The B2Linked team is uniquely positioned to help bring you success. AJ has extensive and comprehensive knowledge and experience managing LinkedIn advertising campaigns for the full range of company sizes from the large and complex to the small and straightforward. Each team member is hand picked by AJ and undergoes deep, intensive training. 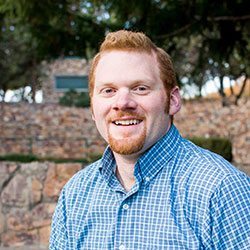 An online marketer since 2007, I’ve managed hundreds of Google AdWords campaigns. I’ve always been fascinated by the lead quality from intent-based targeting. I love the concept of being present when customers are at the bottom of the funnel, and who are ready to make a purchase.

Fast forward to 2011, I was introduced to advertising on LinkedIn. Frankly, I figured that it likely wasn’t a good platform because I hadn’t heard of it before then. As I continued diving deeper into LinkedIn, I began to see the value that I felt the industry has not picked up on. In 2014 I founded B2Linked in an effort to spread the success I was experiencing through LinkedIn advertising to other companies.

I’m extremely active in the online marketing community. I’m a LinkedIn Certified Ads Partner, I manage the official LinkedIn Ads group forum, and I’m a board member of SLC | SEM among other things. I’m an exotic car nut and a triathlete. I live in Utah with my wife and 4 kids. 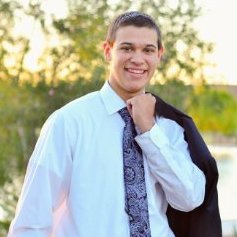 Hailing from Arizona, Cody Howell brings the heat! After returning from an LDS religious mission in Mexico City, he became very interested in marketing. He attempted to pursue a marketing career, and quickly found that few were willing to hire someone without experience. Not to be rejected so easily, Cody, being the self-starting rockstar he is, sought out his own experience.

As a student at Western Governors University, he learned valuable marketing tactics from his classes and applied them in his own projects. He volunteered to help friends and colleagues with digital marketing needs, and fueled those activities by watching tons of videos and reading as much content as he could find on the subject. On his own, he became AdWords certified, and we found him shortly thereafter.

Cody is a fan of Mixed Martial Arts and the great outdoors, so we wouldn’t recommend trying to nab his picnic basket while he’s enjoying nature.

He’s newly married to his sweetheart, and they live in Salt Lake City.

We’re super excited to have him onboard and to share in his exuberance. 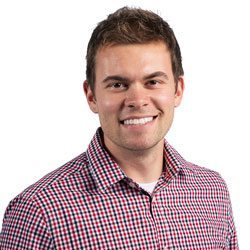 While studying Advertising at Brigham Young University, I became enthralled with how well digital channels can target precise groups of people for a reasonable price. I submersed myself in all things SEO, SEM, PPC, and other cool 3-letter acronyms. I spent a summer at Google headquarters learning all things search. That experienced propelled me into the world of digital marketing and I’ve loved every minute since.
Outside of work, I enjoy spending time in the beautiful mountains of Utah, and racing my car with my wife, Jes.
B2Linked is an exciting company to work for. There are so many opportunities in the digital marketing space, especially with LinkedIn. I am excited for my future with B2Linked. 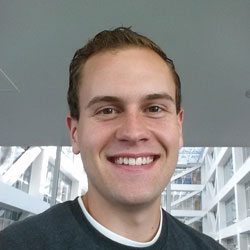 I am currently a student at BYU entering my senior year.  I’m am a marketing major and am very intrigued by digital marketing and PPC advertising especially.  Since I am just entering the digital marketing realm, I am excited to explore more of this new frontier, and I love working for B2Linked because my job helps me learn as much as I can.  What I especially like about LinkedIn is the professionalism of it.  I know that any ad I send out via LinkedIn will be viewed by business people when they are in their business mindset.

Outside of work, I love playing sports, especially soccer, and being in the great outdoors.  I hike, bike, jog, listen to nature, and swim whenever I get the chance.  Less than a year ago, I married my sweet heart and eternal love.  I am always passionate about learning new things and how to do things better. This allows me me to have one-up on the competition as I continue my journey into the world of digital marketing. 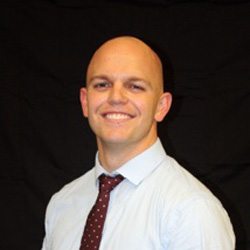 Jackson is a student in the Marriott School of Business at BYU; he will graduate in April of 2017, where he will then proceed to have his butt kicked in medical school. Until then, he will continue to enjoy learning more and more about the evolving and growing world of digital marketing. He likes Internet Marketing, but more than that loves being part of a team that is leading the niche market of LinkedIn Advertising.

One of his simple joys in life is eating excessive amounts of delicious food…especially BBQ ribs and chicken wings! Jackson and his roommates recently increased their social status when they became joint homeowners by purchasing a 1978 Jamboree Motorhome.