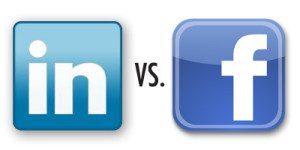 –Edit 3/22/18: Many of the limitations of LinkedIn Ads discussed here are no longer weaknesses and this is, therefore, pretty outdated. LinkedIn now has retargeting, custom audiences, lead gen forms, etc.–

Yesterday, Larry Kim, CEO of MobileMonkey (for whom I hold a great deal of respect) published a blog post entitled, “8 Things I Hate About LinkedIn Ads” I’ve been ignoring my own blog for some time, and I thought a rebuttal here was as good an excuse as any to kick off the B2Linked blog!

In Larry’s post, he makes several assertions about advertising on LinkedIn. Many of them are absolutely on point, but for a few, I felt sharing an alternate viewpoint to be appropriate.

Without further ado, here is my rebuttal of Larry’s points:

LinkedIn’s Ad Revenue is Down Compared to FB/Twitter

“LinkedIn made a measly $153 million dollars from ads in the last quarter, with their marketing solutions making up just 20% of their 2014 revenue. That’s insanely low… By contrast, Google did around $16 billion, and Facebook did nearly $4 billion in ad sales during the same time period.

Why is LinkedIn falling down so badly in ad revenue? Simple: their ads kind of stink.”

LinkedIn’s advertising offering has felt much like an afterthought in the past, and I think there’s some truth to that.

The LinkedIn Ads platform lacks much of the modern functionality we’ve come to expect from ad platforms, and the company does little to drive awareness of its ad product. Here’s why I believe this is the case.

Advertising has been a distant 4th place in this mix, with the other products getting more attention and functionality. When other products are growing by leaps and bounds, it’s easy to forget about the advertising piece. On the other hand, Twitter and Facebook rely 100% on ad revenue for growth, so it’s no wonder we see the resources going towards advertising.

Why has the Marketing Solutions line of business been underserved? That’s simple – LinkedIn is making plenty of money from other sources.

However, this is changing quite rapidly. Last year’s acquisition of Bizo appears to signal a change to this focus. LinkedIn has caught onto the vision of how powerful its audience is for advertising, and it is putting its money where its mouth is.

Keep an eye on LinkedIn’s Marketing Solutions line of business to watch a steady stream of innovation over the next couple of years.

You Can’t Do Retargeting On LinkedIn

“Remarketing is pretty important; people who have already visited your site are most likely to engage with your ads. You can also tailor your ad creative to appeal to different segments, based on their interactions with your brand.

But you can’t do that on LinkedIn!”

While I absolutely agree that LinkedIn is missing out on revenue by not providing retargeting, and I hope it eventually brings it into production, I don’t see a retargeting offering as being crucial.

I drive targeted traffic from LinkedIn and then use a dedicated retargeting product to make the most of that targeted audience. If LinkedIn releases retargeting in the future, I will happily start handing over my cash to it, instead of Google, Facebook, and Twitter. I don’t consider the lack of native retargeting a dealbreaker.

I should mention that the Bizo integration now offers native retargeting on LinkedIn, but it’s not available on the self-service, PPC platform, which I use heavily.

There Are No Custom Audiences

“You can target specific lists of people in Facebook using Custom audiences, or on Twitter using Tailored Audiences. This allows you to take your customer emails right out of your CRM, for example, and dump it into Twitter to target people who already know your brand with specific content.

Not so in LinkedIn.”

Larry, you’re totally on point here. LinkedIn does not have a custom audiences feature, and I sorely need this feature. I hope to see custom audiences available in the platform one day. Until then, we’re stuck with the low match rates of Facebook and Twitter.

“This is one area where LinkedIn is actually going backwards. They had a Lead Collection feature, but retired it in 2014.“

From my experience, when LinkedIn retires a feature, it’s either because it wasn’t being used, or it has bigger plans to beef the feature up. If I had to guess, I’d say sunsetting the Lead Collection feature falls into the later camp. Only time will tell.

“One thing I love about Twitter Ads is the Goal-Based Pricing… You get charged for goal completion, depending on the type of campaign you are running. It tells me they believe in their product and are going to try their best to deliver value, or else they don’t get paid.

If LinkedIn doesn’t believe in their ad products, why should an advertiser?”

I agree here. I’ve had phenomenal success with LinkedIn advertising, and I think that LinkedIn has a product and results to be proud of.

Believe in your product, LinkedIn! I would love to see bidding formats that focus on the goals of the customer.

“Apparently LinkedIn Ads does use a Quality Score metric, but the rewards for great ads are so small, it’s very difficult to detect.”

LinkedIn’s Relevancy Score (similar to Quality Score on AdWords) is a bit of a black box. It’s not visible to the advertiser, and it’s difficult to understand when comparing ad performance.

However, I’ve found that ads that garner extremely high CTRs (especially low-friction, generally-interesting content) lower the cost per click by half or more.

While the metric may at times feel illusive, it actively rewards advertisers who get extremely high CTRs.

(Relevancy Score appears to have a very heavy sliding scale. Very large changes in CTR can drop CPCs in half, but it does take extremes to make that happen.)

Difficult to Grow Follower Base

“LinkedIn Ads will let you promote your Company Page or even your personal account, but it doesn’t give the viewer an option to Follow! (Sponsored Updates are the more social of the ad units, and they’re much better for this).”

There’s exciting news on this front. While LinkedIn’s text ads do not allow for easy follows of the Company Page, the Sponsored Updates ad units do.

LinkedIn has been rolling out a new UI update over the past several weeks, and Sponsored Updates now look like this:

Notice the clear ‘Follow’ call to action at the top, which should produce much better results for advertisers looking to build their company following. Contrast that with the previous version:

I’m excited about the changes and think LinkedIn is definitely moving in a beneficial direction with the ad experience.

“If the ad targeting options … have evolved over the years, it’s imperceptible”

As a matter of fact, the most recent targeting update occurred on 11-10-14 with the addition of Field of Study and Degree targeting, which are helpful to higher-ed advertisers.

I’ll admit that I would like to continue to see more evolution here (How about job titles containing ‘PPC’ or ‘Demand Generation’?), but there is movement in targeting.

Despite slowly evolving targeting options, I can almost always find between 1-5 different ways of reaching any given role in a very relevant way.

While there is a floor in place of between $2-$4.50 per click, you can test content until you land great CTRs, and then switch to a CPM model, and pay below the floor.

It’s important to remember that you’re not paying for clicks – you’re paying for a very specific audience. The traffic is valuable, but the audience data is even more valuable in my opinion.

“Twitter, Facebook, Google – they all have conversion tracking and rich reporting and analytics dashboards to help you track ROI of your PPC spend. Whereas LinkedIn doesn’t have a conversion pixel.”

While this is entirely true, I use a 3rd party ad management tool called AdStage that supports conversion tracking (and even cross-channel attribution), so there are ways of getting that data in a usable way.

“[LinkedIn] has some redeeming qualities [but] pretty much everything else is rather unremarkable.”

I would argue that although the platform may come across as unremarkable and the technology outdated, the audience and direct access to highly targeted business professionals is absolutely remarkable.

Consider especially that both association with the LinkedIn brand and the fact that members are in a professional mindset when they see your ads (and not playing Farmville), make for much more valuable traffic.

LinkedIn vs. Other Paid Social

You’re right, Larry. I would agree that other paid social platforms are developing faster. I chalk this up to advertising being the sole source of revenue for the other social media platforms. I definitely see that tide shifting for LinkedIn, though. It appears as though the executive team has caught the vision of what advertising can mean for the bottom line, and they’re swinging for the fences.

I recommend watching like a hawk over the course of the next couple years to see what comes out of LinkedIn!