LinkedIn’s Active Users | How Does it Compare to Other Social Platforms?

Advertising on LinkedIn comes with some unique challenges. One of the biggest is understanding that it has a much lower user base than other platforms.

If you can understand the differences in the number of users for each platform, it can help your marketing be more effective.

LinkedIn has 575 million registered members, with 260 million monthly active users. Of that 260 million, 40% are daily users.

Though that comes out to 104 million active users each day worldwide, the average time spent on LinkedIn is only 17 minutes. So, the time to make an impact on a user is very limited.

Social media usage numbers can not be talked about without covering Facebook. Facebook has 2.6 billion monthly active users, with 1.73 billion being daily active users.

The average time spent on Facebook per day is 38 minutes, so at more than double the time of LinkedIn, there is more time to have your marketing make an impact.

Everyone knows that Facebook is the number one social media platform in the world so it isn’t too shocking that usage is so much higher than LinkedIn.

Though Instagram is in the Facebook family of apps, it still has the second-highest usage in the world.

Instagram has a monthly user base of 1 billion, with 63% of those logging in at least once per day and spending an average of 28 minutes on the platform. What’s interesting about Instagram is that 500 million people use Stories every single day and 1/3 of the most viewed stories are from businesses.

Coming in behind Facebook and Instagram is… Twitter! The usage stats on Twitter come in a lot closer to LinkedIn. There are 330 million monthly active users, with 145 million daily active users, and the average time spent on the platform per day is only 3 minutes and 39 seconds.

Twitter is much different than other platforms but its average usage time is by far the lowest in the world.

These usage numbers start to explain why LinkedIn tends to cost so much more than other platforms. With a fewer amount of users and those users only spending an average of 17 minutes per day on the platform, your ads are much less likely to be seen than they would be on Facebook or Instagram.

That being said, purely based on the reason of why people use LinkedIn, there really is no better platform to use for B2B marketing in order to have the highest quality of returns on your marketing investment. 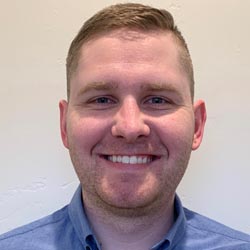